If you are interested in knowing who would win when you book a fight for DigitalOcean vs Amazon AWS EC2.

Then this article might be able to give you some foresight on what the outcome will be.

Since you are interested in reading an article between these two. Then that means that you interested in hosting your blog or website in the cloud.

Which, if I may say so, is a very smart choice.

But hey still, like I said, they are both champions.

Let us now dive on comparing these two Cloud Hosting champions side by side.

DigitalOcean vs Amazon AWS EC2. Which should I choose?

One of the main reasons why a web owner switch to cloud aside from the obvious speed benefits. Is because they want the ability to choose a data center close to their target audience.

The main idea behind this is since the data center is close to the target visitors. Then the website loads faster for these visitors. Which is 100% valid and it really works!

Amazon AWS EC2 specifically, looking at the regional availability table they provided, they are currently available to 20 regions compared to DigitalOcean which only has 12 regions.

Before we discuss this let us first find out what they call their individual virtual machine installation.

Starting from your normal Cloud Hosting specifications which only consist of CPU, Memory, Storage and Bandwidth up to large project focused instances which also requires up to 16 GPUs, 12 TiB Memory or 25Gbps Network Speed.

DigitalOcean on the other hand only offers your normal Cloud Hosting specifications which consist only of CPU, Memory, Storage and Bandwidth.

Management Console or simply Console is the Shared Hosting control panel equivalent for the Cloud Hosting.

So when I say console, it is basically the backend section of your Cloud Hosting similar to the control panel of a Shared Hosting.

In my opinion both of the consoles of Amazon AWS EC2 and Droplets are both well thought of and well designed.

The only difference is that the Amazon AWS EC2 is more cluttered whereas DigitalOcean is really neat and clean.

As for launching your instance or droplet, I find the DigitalOcean to be easier as the whole process can be done in one page. Whereas in Amazon AWS EC2 the process is step-by-step and each step requires a page reload.

Furthermore, the Amazon AWS EC2 requires a few more steps to launch your instance. Which could be a bit overwhelming but a bit of research will guide you through them.

Ultimately though, both process are extremely straightforward if you are already a seasoned web owner.

Both Amazon AWS EC2 and DigitalOcean offers an on-demand type of billing.

This means that you only need to pay the hours that your virtual machine is actually running.

Now here is where the difference really standout though.

Basically DigitalOcean wins hands down on this as their lowest offering only costs $5/month with your server running 24 hours a day for the whole month.

The same setup and specifications in Amazon AWS EC2 will cost you nearly around $14/month which is almost 3 times the price of DigitalOcean.

Here is a twist though.

And that includes the Amazon AWS EC2 service as well. This means that you could actually host your website with Amazon AWS EC2 freeof charge for 12 months!

DigitalOcean on the other hand does not have a program like this. The closest thing they could offer. In my own experience, is I was able to get a $100 credit from a coupon which I am allowed to use for 2 months.

I am very happy to tell you that both Amazon AWS EC2 and DigitalOcean shine in this aspect.

I myself is able to get an email, chat or call support within 10 minutes that I contacted them.

But the Amazon AWS EC2 got a bit of an advantage in this aspect as for some topics they actually provide you with chat support. Which is non-existent in DigitalOcean.

However there are still cases when their support does not reply immediately as this could be due to a high number of tickets or it just happen to be a weekend.

As for documentations, it is very easy to find guides on how to do stuff on both consoles.

I myself use the documentations provided by DigitalOcean for how to install SSL, create new VirtualHost file, setup Firewall and more.

As for Amazon I used their documentation guide on how to create an instance, how to point existing domain to their Route 53 service and more.

Aside from their documentations. A simple search of Google will yield to a lot of results as well.

Actually they are both winning. Have a look at this Google Trend comparison graph.

It is true that the Amazon AWS EC2 has a higher number of interest which is not surprising as they are a bigger company. And also they got potential large enterprise customers that DigitalOcean cannot possibly accommodate.

However, DigitalOcean, even though they have a lower numbers of interest. We can clearly see that their interest numbers are very consistent similar to Amazon AWS EC2.

This graph just shows and confirms that both company are right exactly where they are supposed to be. And also shows that they are both indeed very consistent prospects for their respective target market.

It may be true that Amazon AWS EC2 targets both the small to medium companies and the large enterprises that need a reliable and scalable Cloud Hosting service. This means that they also target the DigitalOcean market.

But they failed to provide affordable pricing for small customers willing to settle down on the right Cloud Hosting immediately. And this is exactly where the DigitalOcean pricing comes into play.

I myself knew this as when I ask whether my cloud customers would want to use the Amazon Free Tier or settle on the DigitalOcean already. Most did prefer to settle down on DigitalOcean right away.

However, for large enterprises that need a reliable Cloud Hosting, where money is not a factor, then only 5 Cloud Hosting service providers come into my mind. And the Amazon AWS EC2 is indeed one of them.

You cannot really go wrong with either the Amazon AWS EC2 or DigitalOcean. As they both provide excellent and top notch performance which is what the Cloud Hosting is well known for.

The only factors that will affect your choice are honestly the price and the regional availability.

Basically if Amazon AWS EC2 has your target region in one of their data centers then you should go with them. The same goes for DigitalOcean data centers.

Next is the price, DigitalOcean in the long run will costs you a lot less even though Amazon AWS EC2 offers a 12 month free usage.

If you are someone who is in a tight budget then the right choice for you is the DigitalOcean.

Or alternatively, go use the Amazon AWS EC2 free tier program for the next 12 months then switch to DigitalOcean after that.

The only problem is that you will need to migrate everything in 12 months. And migrating could lead to some complications and downtime.

Actually migrating contents is rather easy but the downtime caused by DNS propagation is unavoidable. So choose your migration time wisely.

If you are currently still trying to decide which hosting to choose for your website. My recommended managed hosting providers for WordPress article might interests you. 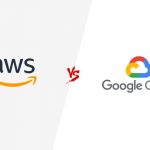 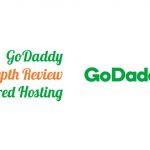 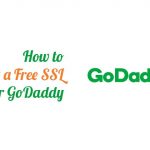 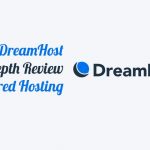